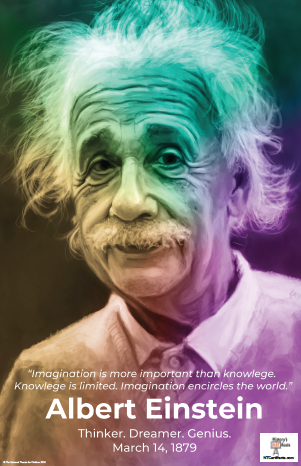 Albert Einstein once said, “The greatest scientists are artists as well,” so it’s fitting that we honor him with this issue of History’s ARTifacts. Over the course of his life, Einstein published more than 300 scientific papers and was awarded the Nobel Prize for physics. He was also an accomplished violinist and encouraged the pursuit of both the sciences and the arts.

Albert Einstein lived in a time before the acronym “STEM” was introduced. STEM of course stands for science, technology, engineering and math. These subjects are vitally important to everyone. So much of what we see and do and experience in daily life wouldn’t exist without STEM. A similar term that is becoming more and more popular is STEAM, which adds arts to the mix. The National Theatre for Children is dedicated to education through artistic methods like live theatre. So, like Albert Einstein, we encourage kids to learn all they can about science and math and language − but don’t forget the arts!

Thank you for being a part of the Professional Educators Network. We hope you enjoy this new installment of History’s ARTifacts. Please watch the educational video with your students and download the poster by this month’s artist, Ben. 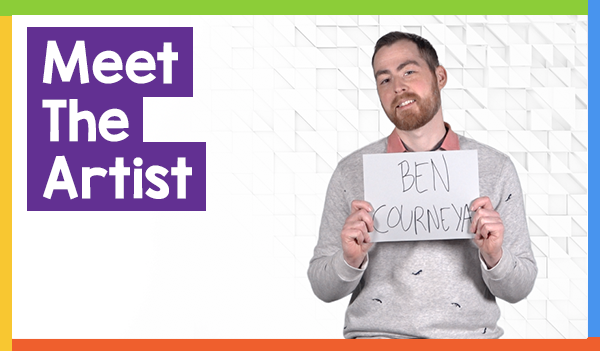 Ben is a user-interface and graphic designer with a background in digital art and illustration. Ben has been honing his artistic skills since the age of five, working to improve his use of color, form and composition. He has translated those skills into digital art, painting, murals – even cake design! Ben has developed a wealth of visual design skills over the course of his career and brings a passion for perfection to every project he completes. 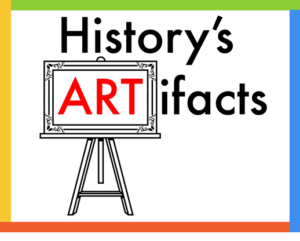