Beatrice Drone has a problem! It’s her first day at the hive as a worker bee and Queen Bee has informed her that disaster has struck! The hive has been destroyed! She soon discovers that J. Bearrymore is responsible. It’s up to Beatrice to get her friends together to form a robotics team. Together, they can help rebuild the hive so they can begin making honey again.

After some thought, Beatrice determines the only way to rebuild the hive is to build a robot programmed to get the job done quickly. She sets off to learn all she can about building, programming and testing her robot and decides to start her own LEGO® League Jr. Team.
First she meets Ali the Butterfly, a free range butterfly whose travels have taught him to explore and ask questions to learn about the world and to help solve problems. He tells Beatrice about how engineering involves creation. She will need to design and build a prototype – a “beta” version of her robot.

Next she meets Archimedes the Ant. Archimedes has been hired by the hive to use his skills for innovation and testing for other building projects. He helps Beatrice understand how the program, or set of instructions, for the robot can enable it to do all kinds of things.

With collaboration and help from the audience, she creates, designs and programs a robot. Beatrice and the robot finally convince Bearrymore to embrace creativity and innovation. He vows to help rebuild the hive. Beatrice realizes the importance of teamwork. She is thrilled with the success of her LEGO® League Jr. Team and encourages the audience to share what they have learned and start their own team.

Host a sponsored theatre production at no cost 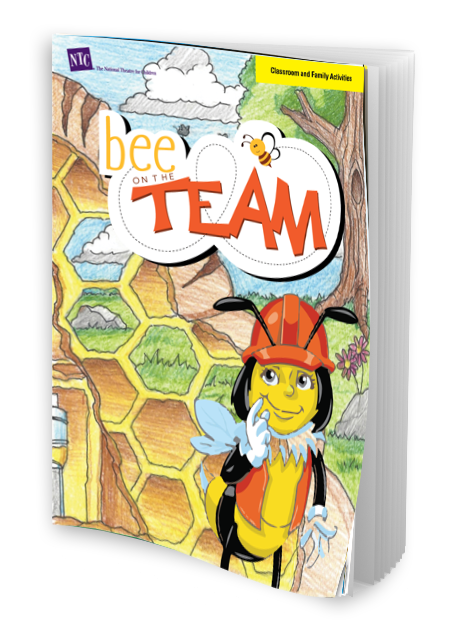 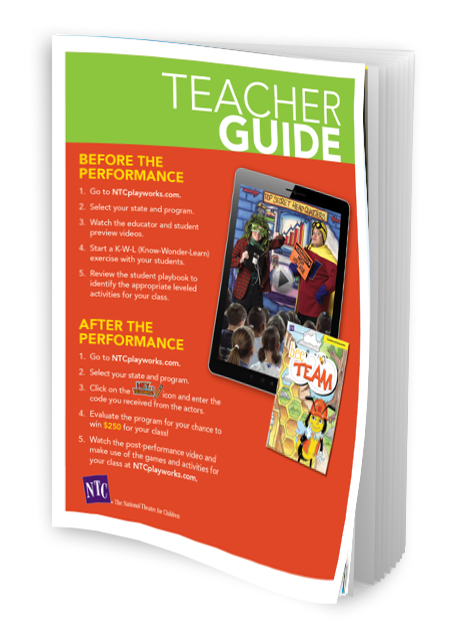