Electrification Nation is a live theatrical production that presents a hilarious, educational story about energy efficiency. By watching and participating in the show, students will learn about how electricity is generated, what clean energy and a carbon footprint are and what we all can do to help conserve energy

Evie Wander is super excited to be a contestant on the adventure racing show Electrification Nation. The contestants on the show have to travel around the country solving energy related riddles before they can advance to the next region.

Evie is given her first riddle by Host Malone, the emcee of Electrification Nation. Host Malone tells Evie she will be competing in the race against Ed Start. Evie and Ed went to school together and Evie knows that Ed will stop at nothing to win.

Evie then finds herself in the south and meets Decatur Creator. Decatur is a content creator and her videos have been seen by millions of people all around the world. Decatur knows a thing or two about resources and how we use them every day. Evie realizes that humans leave behind a carbon “footprint” every time they use carbon-based resources. Evie thanks Decatur for her time and sets off to face Ed.

Arriving in the west, Evie enlists the help of the audience to answer a few questions. With the help of students, Evie realizes if enough people do things to save energy like turning off lights and appliances, using cold water for washing and turning down the temperature on our furnaces, we can save energy.

Have Evie and her student helpers learned enough to defeat Ed Start and win the game show? Find out in Electrification Nation!

Students and teachers will also have access to an e-learning package that includes games, quizzes and lesson plans for the classroom to reinforce concepts from the show.

Find the related state and Next Generation Science Standards here. 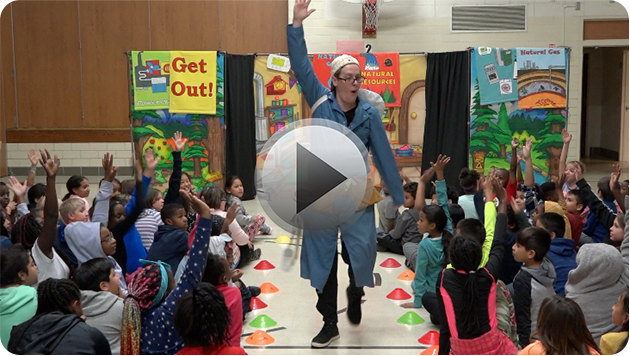 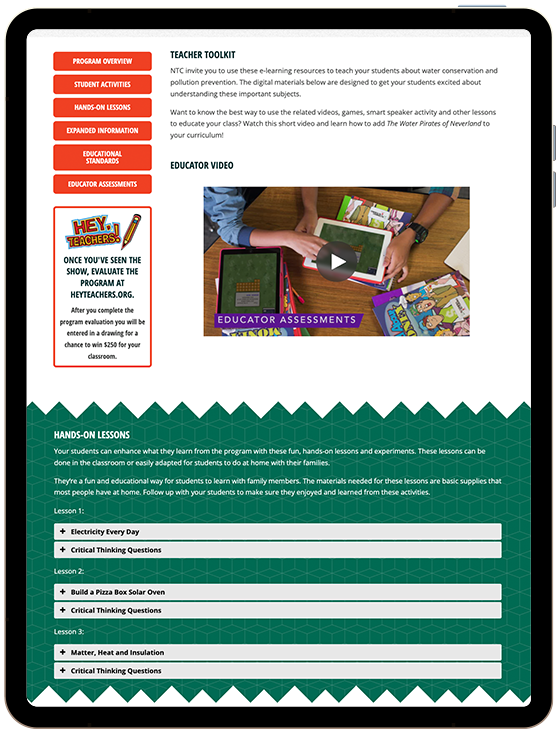 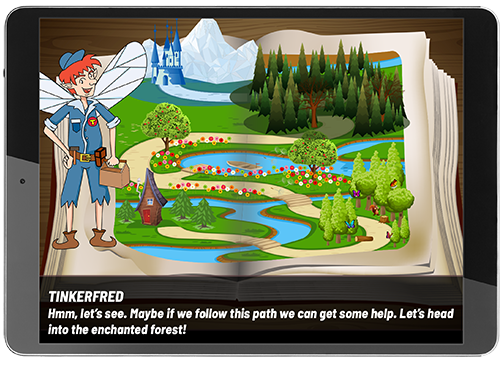 Find educational resources, games and activities, photos and videos to enhance the NTC program delivered to your school.

Book a FREE Theatre Program for Your School

All of NTC’s programs are completely free thanks to the generous support of sponsors who fund our programming.

Ready or Not: Preparing for Wildfires Livestream Special Overview